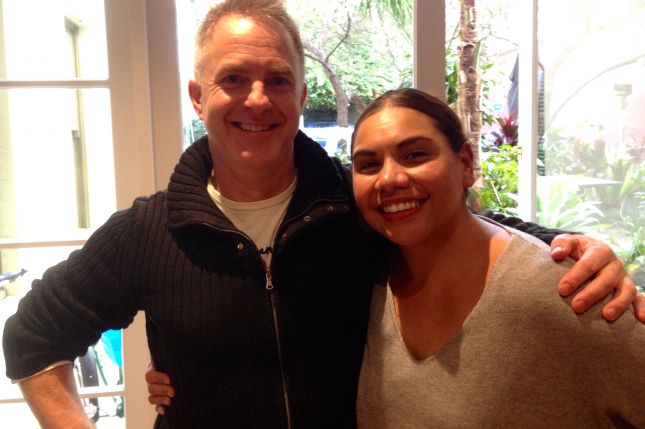 A friend of mine James Freemantle has just released the documentary Bush to Belly.

Here is a link to the movie on YouTube. I think it is really worth watching and it is a worthy contribution to a challenging subject.

Despite efforts funding has fallen short and James has made up the difference. Wendy and I (and our company BMI) are contributing and I am determined to spread the message to get the gap amount raised. All contributions are tax deductible. Here is a link to the funding page and I would be ever so grateful if you could send this out to your community of friends, colleagues, muses, subjects etc.

‘I believe we need to be telling more of the ‘good news’ stories of indigenous Australia, particularly in the context of the proposed forced closure of remote communities (like Yiyili), the discussions about constitutional recognition for our original inhabitants and the persistent stain of racism in modern Australia.
At the time of colonisation, there were over 275 distinct language groups in Australia, each with their own distinct culture, cosmology and political system. The Gooniyandi people of the Kimberley region in Northwest Australia are one such people whose language and culture has survived colonisation and continues to be practiced today. In many Aboriginal cultures, Cartesian duality does not work. For many, place is as much an essential aspect of identity as anything, and person, place and language are tightly intertwined in a complex system of kinship, politics and responsibility.


In the 1980s, Gooniyandi leader Norman Cox lead his people back to their traditional country and spent years lobbying government and raising funds to buy back the land and eventually establish an independent school, art gallery and cattle station at Yiyili.
Some 30 years later, there is increasing pressure from government for small Aboriginal communities across Australia to assimilate through urban migration. Some communities - like Yiyili - are developing programs to create a self sustainable future and resisting relocation and disempowerment. Bush to Belly is one such example.

In a time of increased political conservatism, leading to the proposed forceful closure of ‘remote’ Australian Indigenous communities, it is vitally important to hear the voices of those most effected by, and largely excluded from the discourse. The Bush to Belly documentary provides a space for an Indigenous voice, through which the Yiyili community demonstrates the importance of the land, their language and self-determination.’
Hope you can help!!!